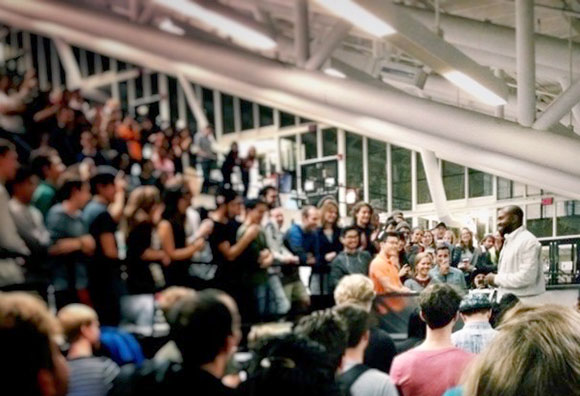 Startling the 2013 architecture students at Harvard University, musician Kanye West showed up and riffed on Oprah Winfrey, “utopia,” and “self-realization.” Young ears perked up when Mr. West proclaimed, “. . . everything needs to actually be architected.”

Traditionally, the word “architect” is not used as a verb. But “Let’s architect this” has become both commonplace and trite in commercial jargon. Similarly, “architect” as a noun has been appropriated and misused outside the venue of state licensure, such as in technology and the “software architect” or in government and the “architect of economic reform.” (Back to musicians, Dr. Dre does not have a doctorate in medicine, and Queen Latifah is not of royal lineage.)

Regardless, if we want to “architect” our projects, goals, and total existence, let’s have some fun and view the letters of A-R-C-H-I-T-E-C-T-U-R-E as acts of engagement.

ASSESS
Analyze your site. Study your sit(e)-uation. Evaluate your circumstances.

REACT
Respond and take a position. “Compare and contrast,” as your high school English teacher requested.

CURATE
Craft your options. Edit, edit and edit—and form a hierarchy of ideas.

TEST
It’s about trials and tribulations, examination and analysis, and successes and failures.

ENDEAVOR
Take big risks and reach as high as you can.

CRAFT
Remember the human hand and the artistically created, instead of the machine-made and mass-produced.

UNIFY
Put it altogether—fuse and coalesce.

RUMINATE
Let it all season. Let the wine age. Have patina and flavor.

EMBRACE
Relish the outcome, and be prepared to start again.