AGONY, ANGUISH AND DEALINGS WITH THE CITY 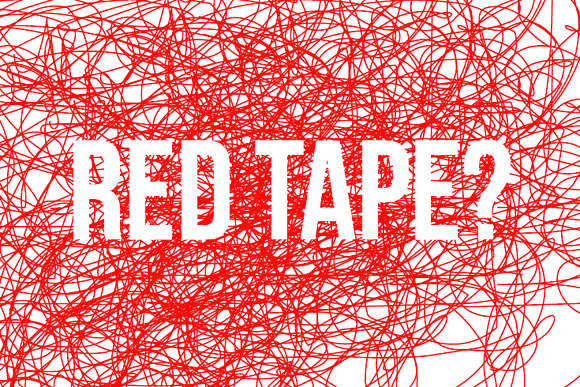 In architecture, city agencies exist to protect the public. These agencies ensure that my design complies with the requirements of life safety—from a restaurant exit door being wide enough, to a library that doesn’t fall down. These agencies also check that my design conforms with the zoning guidelines of a community—from the height of a house, to the number of parking spaces for a new football stadium.

As reassuring as the city approval process sounds, it is not. Contradictions, political agendas, personal interpretations, ever-changing rules, and self-serving officials—such challenges are hoisted on the approval process.

The psychological torture and financial burdens placed on architects and their clients are tragic, mind boggling and operatic.

A decade ago, I designed a fitness center, a simple renovation of an existing building. A creative facelift. Easy, right?

Upon meeting the city Plan Checker, for the first of a dozen dubious meetings, he pointed out that the existing restrooms were not ADA-compliant—meaning not accessible for handicapped users. So proud of himself, he highlighted his find like a cat that caught a bird in flight. This zealous Plan Checker, the individual assigned to review my design, was very wrong in his find.

Though the inane Plan Checker held the approval records in his hands, right there in front of me, he for whatever reason did not believe the restrooms were compliant. Though the compliance wasn’t even part of my job, he demanded I show him the drawings from the original architect. WTF, right?

Weeks later, though no easy task and with no choice, I returned to the absurd Plan Checker with the requested 10-year old drawings.

To my disbelief, the absurd Plan Checker believed this information before him with city approval seals and signatures was not accurate. “Maybe even forged,” he exclaimed. He required that I personally measure the restrooms, and return with the calculations for his examination.

More weeks later, I returned with my technical drawings exhibiting dimensions of everything from door widths, stall partition thicknesses, toilet heights, to locations of light fixtures and grab bars. My painstaking measurements proved that the restrooms were indeed (and already) in accordance with ADA requirements.

To my dread and surprise (but not so much of a surprise, since this was obviously just a power game by the repugnant Plan Checker), he did not endorse the work. He announced that the only way the restrooms were going to be ADA-correct in his mind was that the rooms be demolished, then reconstructed per code! Reconstructed as they already were!

Beaten into mush, was he looking for a bribe? I had no such money, nor did my non-profit client. In defiance, I chose to not demolish the restrooms, not waste the energy, time, resources and materials.

When the arrogant Plan Checker came to the job site to verify that I did as he demanded, I presented the old restrooms as “newly constructed restrooms,” that were up to ADA code, of course.

I lied, though it wasn’t much of a lie. It was more of a wink-wink. It was a game after all.

As the surreal Plan Checker peered into the “new” (old) restrooms, he kind-of-sort-of knew that they were not really new. But what the heck, he thought. He congratulated me on making the restrooms ADA-compliant.

This single approval of which there were 45 other such items, exhausted six months of time, fifteen meetings with this foul Plan Checker, and 1,000 hours of work. Again, it was just a game. One of persistence and cruelty.

This epic true tale was a long time ago. One would think that things have gotten better, but in fact, they have gotten much worse. Much, much worse. That’s a story for another day.