AUTHENTICITY AND DISHONESTY IN MATERIALS 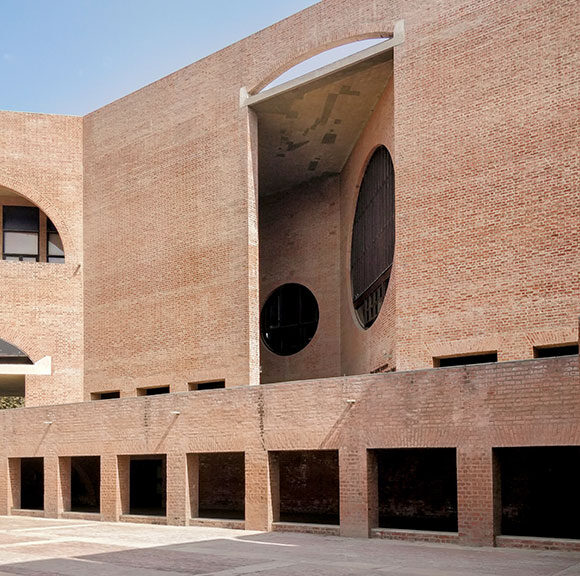 ”If you think of Brick, you say to Brick, ‘What do you want, Brick?’

“And if you say to Brick, ‘Look, arches are expensive, and I can use a concrete lintel over you. What do you think of that, Brick?’

“And it’s important, you see, that you honor the material that you use. You can only do it if you honor the brick and glorify the brick instead of shortchanging it.” So proclaimed Louis Kahn.

When classical composers wrote music, the work was specific to the instruments selected. No one would ever imagine Edvard Grieg’s Piano Concerto featuring a clarinet, rather than the virtuoso 88 keys of a piano. That would not only be outrageous to consider, but blasphemous.

But when J.S. Bach composed his world-famous violin concertos, he also recommended that the lead part need not be a violin, but could be a piano or even an oboe—or what have you. This nonchalance argues that there is nothing authentic or integral in what he has written—that the music can be sacrilegious to the instrument. Is the piano and the oboe dishonest to the violin?

If one thinks of music as a physical building material, then Bach’s approach is unfaithful to the inherent qualities of a material. Architecturally speaking, Bach would suggest that a wood structure could also be made of glass or a glass building successful in brick. But what would I.M. Pei’s pyramid at the Louvre be if not sleek glass and delicate steel? What would it be as brick?

Building materials have essential qualities, both within the laws of physics as well as emotional perception. For example, concrete has the capacity to bear weight, hence its use in foundations and structural walls. Concrete also has an innate personality of strength and durability. But steel, which can also takes on the role of muscularity, can be used with sinuous subtlety.

Historically, glass serves as a window, a view through a solid wall in which to look out and let in light. Transparency was inherent to glass. But in contemporary architecture, glass is not necessarily clear. Glass can be a construction material that solidly wraps a building, similar to stone, wood, or plaster. With opaque glazing, such as spandrel glass, one is not expected to see through the material at all, but now something you look at.

Whether respecting the intrinsic nature of materials—or of classical instruments—or whether the approach is one of contemporary interpretation or even irony, materials have integral truths, righteous morality even, as Kahn might suggest. Bach often implied: Know the rules before you decide to break them.