THE RELEVANCE OF PERSONAL EXPERIENCE 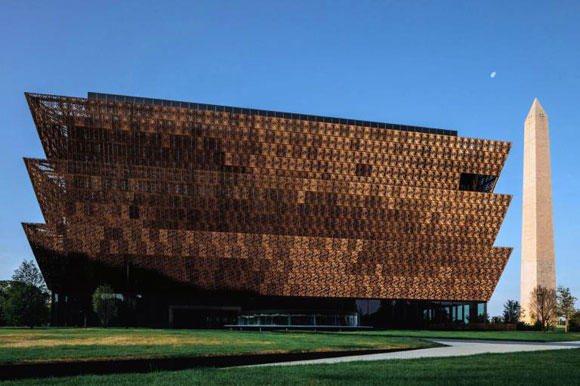 The overdue National Museum of African American History and Culture recently opened in Washington, DC. Masterfully composed by British architect David Adjaye, born in Tanzania—I ask the question: does such a museum have to be designed by an architect of African descent?

Was the 1993 Holocaust Memorial Museum, also in D.C., best designed by James Freed, born to a Jewish family in Germany? Was Freed’s vision compromised or complimented by the design partnership with Chinese-American architect, I.M. Pei?

Actually no. In fact, Hall of Fame board members took the self-admitting ignorant architect to a series of rock concerts, to “give him a sense of the music,” according to director Larry Thompson.

When Seattle announced a museum honoring martial artist and actor, Bruce Lee, I was convinced that I could be the perfect architect. I am Asian, I was in the high school drama club, and I studied a little karate as a kid.

This all raises the question: What makes up qualifications and expertise in the field of architecture?

Poon Design is currently designing a (male) doctor’s office. If the project was specifically a gynecological clinic, would only a female architect produce the superior project? Should a woman architect not try her hand at designing a football stadium, since fans are mostly men and there are no female NFL players?

For downtown Los Angeles, I designed a large homeless shelter for the Catholic Charities. I also live in a nice house high up in the hills. Does this circumstantial detachment from gritty street urbanism preclude me from doing an effective design for the homeless? Apparently not. The AIA honored this important social project with the Design Award of Excellence.

Architects are trained to be problem solvers and visionaries for any kind of challenge, not only the challenges that relate to one’s personal experiences—whether it be race, religion or socio-political background. Or whether I took martial arts classes when I was 14 at the local YMCA.

I believe that if an architect is wired to be creative, trained with an open mind, and a lifelong learner, then an architect’s personal story could help a project, but is not necessary. Similarly, if an architect has no relevant background to the project’s goals, there is no doubt that the design can still be a tremendous success.

(Selecting an architect is of course also political, and that, my friends, is a topic for a future article.)