SOCIAL MEDIA IN A WORLD OF #DISCONNECTING 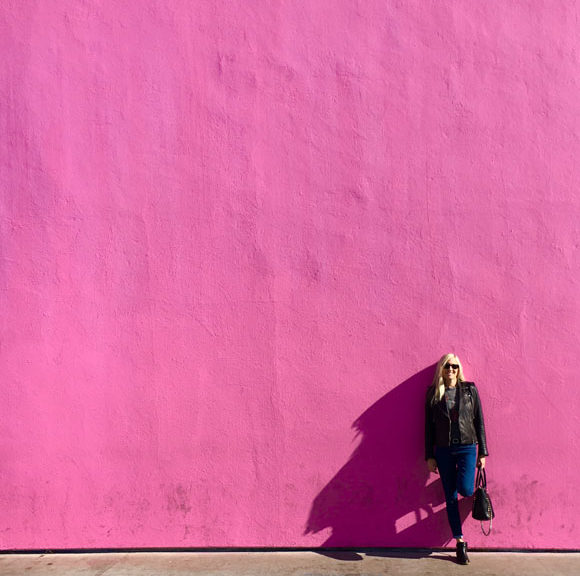 One of the most photographed and Instagrammed scenes in Los Angeles, the exterior pink wall at the Paul Smith boutique, Los Angeles, California (photo by Anthony Poon)

Is there purpose in social media for the industry of architecture? I have heard about the exposure an architect can get from incessant posting on Instagram, Facebook, Linked In, etc. But as colleagues brag about numerous followers and subscribers, I ask several questions: What is the currency of Insta followers? Is there tangible value beyond bragging rights? If anyone can simply buy anonymous followers (as in fake), does it matter whether you have 1,000 subscribers or 1 million?

A test of one’s authenticity is not the number of followers but the percentage of engagement. Meaning, for each post, how many followers respond, comment, and/or like? If only a tiny handful of your so-called one million followers engage with your post, this then is evidence that the high volume of seemingly excited fans doesn’t exist at all, probably purchased from an app and algorithm.

At Poon Design Inc., we do participate in this universe of socials, not too actively, but we do. We feel that we have to, as we try to keep up with the Jones and their pretty pictures. We understand that a digital presence has some importance in establishing our brand. But who really follows the social media of architecture studios? We hope it is our clients, or maybe the teenage daughter of one our clients? Are our past clients Rick Caruso and Donald Bren personally surfing Instagram and Facebook every morning looking for architects to hire for their gazillion-dollar developments? Probably not.

One resulting evil of all this hoopla is what is referred to as the “Instagrammable Moment.” This is that one photograph, that one single moment that supposedly captures the essence of an entire architectural project. And such Instagrammable moments run rampantly redundant on the Internet, i.e. the lamp posts at LACMA or the pink wall of the Paul Smith boutique on Melrose. There is nothing wrong with a beautiful image, but is it superficial and even cruel to reduce the rich journey called architecture down to a single moment in time, a single visual gesture? Who reduces an entire novel to one sentence, for the mere purpose of easily-digestible PR? The additional problem is that some architects design their whole project with that one Instagrammable image in mind, as if nothing else matters.

So back to currency, what can an architect do with a “bank account” of followers? So far, other than the periodic amusement of posting a nice picture and seeing who comments, I personally haven’t figured out the value of all this commotion. Didn’t we all enjoy Facebook for a brief moment, only to now see that no one uses it anymore?