“IT ALL SOUNDS THE SAME TO ME” 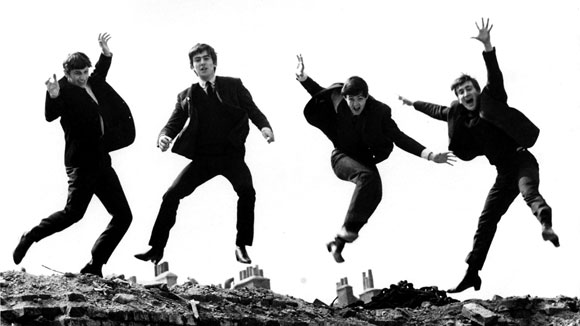 The Beatles (photo by Rolling Stone)

I often hear, “Yeah, that song is okay I guess. I think all the songs of [insert band name] sound the same to me.” In architecture, similar criticism is imposed on our most famous creators.

Is sameness a bad thing? Most of The Beatles songs sound similar, with those peppy lyrics and obvious chord progressions, as do much of Beethoven’s music, with his mishmash of beauty and rage.

All of Mamet’s work reads the same with that staccato rhythm, as does Poe’s chilling tone. Warhol, Picasso and Rembrandt—each pursued his lifelong personal expression, resulting in what one might wrongly dismiss as being all the same.

If the work is genius, as generally agreed upon for the names above, is it so bad that it is all the same? Should we complain about Apple products being all the same? Oh, that predictable minimal simplicity, the beautiful Zen-like posture.

I do think many of Franks’ architecture looks like variations-on-a-theme, but I like all the projects. Here, I speak of both Frank Lloyd Wright and Frank Gehry (here and here).

I see no problem. But I do find it hilarious when critics look at similar appearing projects and assign reasons for how each one is different. Different metaphors for the same building—for example, Gehry was exploring how a fallen city rises from the ashes. Or, Gehry was expressing the blossoming of a flower. Or, Gehry was fascinated with sun rays beaming outward. And so on.

When interviewing an architect, you will often hear him profess, “I do not have a singular style.” The word “style” (here and here) is considered a dirty word, as if architecture is a superficial thing and not the evolving amalgamation of intensive client research, the balance of program, building codes and science, and the careful consideration of budget and schedule.

Many architect’s say that they don’t have a singular style because they don’t want to be typecast, like Jim Carrey doing slapstick. Architects also fear the word “style,” particularly when used in trite reference to something like Picasso’s “Blue Period.” In this phase between 1901 and 1904, Picasso mainly painted monochromatically in either shades of blue or blue-green. And it was all spectacular.

But here’s the thing. All architects, world famous or quietly practicing in her neighborhood, have a certain look to their work, specific aspects of exploration that are individual to each and every architect. In fact, most good architects have that singular style, and I argue that there is nothing wrong with it.

Obvious celebrated examples are Frank Gehry, Richard Meier, Morphosis, and Tadao Ando. For each of these designers, one can suggest that all their work is uninteresting because it all looks the same—that they only subscribe to a certain style. Is this so wrong? No.

Even for the lesser known local architects working under the radar, he too has a style where their designs look the same, possibly because this architect loves designing homes with wood siding and metal roofs, or offices that are modern with stainless steel trim. It’s not a compromising position for an architect to have areas of interest, be responsive to local materials and construction methods, and to possess a personal vision of the world. In fact, you want an architect to have a strong viewpoint on the environment around him. If not, what are you hiring, just a drafting service?