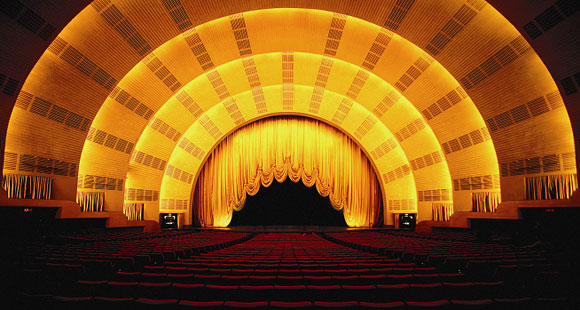 I arrived at Hugh Hardy’s New York office in the Flatiron District. Mr. Hardy bellowed, “Anthony! How are you, my fine fellow?”—with a resonance of incredible welcome coupled with the thespianism of a Broadway musical. I visited Hugh’s architecture company only a dozen times, and each time, he greeted me with such sonority that his studio of young architects beamed with joy.

The field of architecture lost this hero last week, Hugh Hardy. Many can agree that every day, clients and colleagues would bask in Hugh’s warm spotlight. As he enjoyed his long career as if a kid on stage with a receptive audience, our legendary architect would bring his personal theater to Manhattan. For the record, nearly every important performing arts venue in New York City, as well as many other buildings around the country, were graced by Hugh’s architectural talents.

In the late 90’s, I joined Hugh’s company, Hardy Holzman Pfeiffer Associates, known also as HHPA. In collaboration with Principal Norman Pfeiffer and his team, I headed up many of the design projects at HHPA’s Los Angeles’ office. Over my five years with the firm, I was fortunate to work on impactful projects: the 150,000 square foot DeBartolo Performing Arts Center at the University of Notre Dame, and the 200,000 square foot library for the American University of Cairo, Egypt—just to name two of dozens. 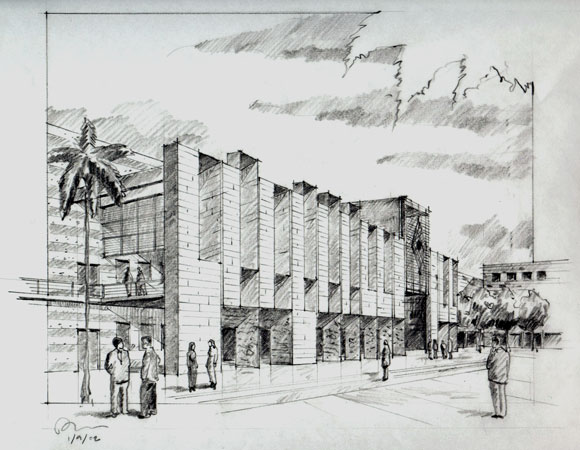 When Hugh visited his Los Angeles outpost for my first time, I witnessed his enthusiasm for design, an articulate language of leadership, and incredible showmanship—voice booming with drama and delight. 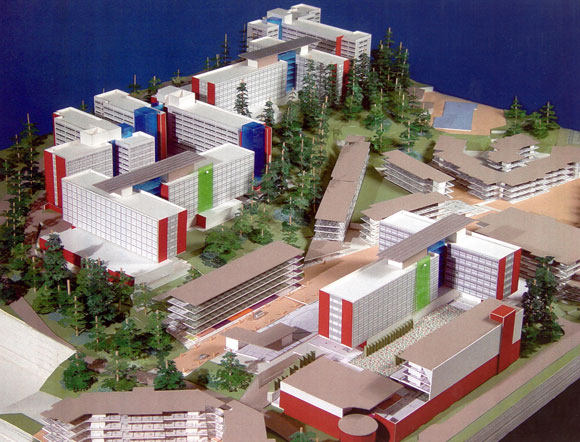 Example: We completed the biggest commission of that period, Soka University—an entire hilltop campus in Southern California built from scratch. 103 acres, 20 college buildings, plazas, courtyards, lake, and so on. At the grand opening, Hugh was demanding, as he smiled, winked, and asked his team, “Is this the best you could do?”

Some of us laughed, uncertain as to whether it was meant to be serious or funny, inspiring or insulting. Some of us were uneasy that more than five years of our career were dismissed by this father figure of architecture. Most of us knew that Hugh had a vision for this world, and it extended beyond successfully re-envisioning his island of New York City.

Hugh Hardy was of this island. He walked the streets, and he rode the subways. Representing both the dreams of the people and the people themselves, he always reached for the brightest future, one “Happy Day” at a time. “Onward!”