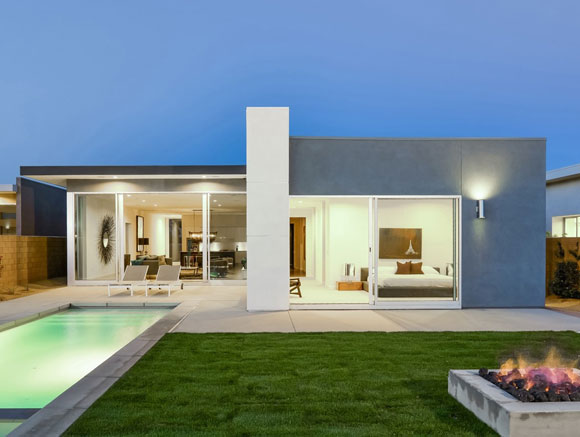 Continuing with my interview for Josh Cooperman’s podcast, Convo By Design, we discussed how affordable Modern homes were created for the general home buying audience. With 225 built (and sold) homes by Poon Design within only the past few years, I think I know what I am talking about.

Josh Cooperman: What is “Modern for the Masses”? Modern is an idea that you have embraced wholeheartedly and the idea of creating it for the masses is simply a . . . How do you jive those two and what’s the idea behind it?

Anthony Poon: Our thesis, Modern for the Masses came out of a study of a lot of homes in LA—the ones that we see in the magazines, the glossy pictures, the websites, the homes that we love in the Hollywood Hills that sell for 10 million dollars. The challenge was this: How can we create these beautiful modern homes for a fraction of the price? Build them at production level, a mass production level, and sell them.

We teamed with a developer/designer, Andrew Adler, who found distressed properties in Palm Springs. We designed a few prototypes, very Modern, not at all what you see in tract housing. Not the cheap Spanish style homes with the small windows, the fat trim, the fake tile roofs, and the wedding cake décor.

Our Modern homes are very strictly Modern. Lots of glass, open space, very sleek. To date, in the last four years, we’ve completed over 200 homes. And they’ve all been built, they’re all sold, they’ve been published extensively, and we’ve been awarded over two dozen national and regional design awards. It’s a program that has not been accomplished, as far as I know, by any other architecture studio other than Mid-Century Modern, and we’re talking about going back over 60 years.

Josh: Your theory has been tested and it appears to have passed. Why?

Anthony: Because there is a demographic out there that has not been served. These tract housing companies that build communities of 100 homes—they rubber stamp these homes out. They’re not selling. People aren’t interested in these homes.

Our imagined home buyer is someone that wants the modern lifestyle, someone that believes in technology, iPhone, iPad, completely connected all the time. Also, someone who has a concern for sustainability, for being green. Those three things were critical to us and of course, all of these things needed to be done on a budget that was about one-fourth what you would see most homes in California being built for. That was our perfect storm. Our homes have outsold all competing developers in Palm Springs because we have a product that everyone’s been dying for.

Anthony: There is nothing being removed. In fact, what we’re adding is a certain kind of value that makes a home better and happens to save money in construction dollars. I wouldn’t say we’re cutting or reducing anything. It’s just the way we’re rethinking architecture.

For a typical traditional house in Beverly Hills, there’s the entry, there’s the foyer, the hallway, the powder room, the niches. What do we need all that for? It’s not even what people want, and it’s what’s driving up construction costs, like framing 20 different ceilings heights throughout a house.

Josh: In fact, you’re just using what you have for the greatest effect.

Anthony: It’s similar to the approach that Minimal art can have a few brush strokes and still be dramatic and impactful for the composition. In that way, you could say that we’ve cut out pieces of architecture. I’m saying we actually added to the essence of a house.

Josh: The concept of the traditional tract home—I’m wondering why it doesn’t work. What is it going to take for your idea to expand to a general market?

Anthony: I think tract housing is failing because these companies are large. They’re money-driven. They’re stuck in old ideas. It takes a lot to turn a company around and look towards the future.

I think of the example of Tower Records. If you recall, a decade ago, MP3 players came out, iPods. Tower Records claimed that it was just a fad that they would hold onto their LPs and their albums. And look what happened to them. Tower Records is gone. iTunes has taken over the world.

So, these tract home companies that we compete with and that we beat out month to month, they’re stuck in these old ideas, these weird big Mediterranean homes, these things I call ‘Taco Bell Homes’—no one wants them anymore. 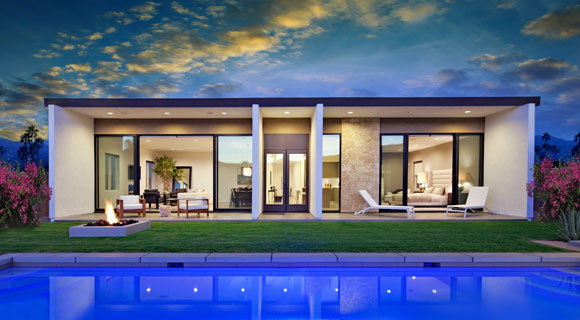 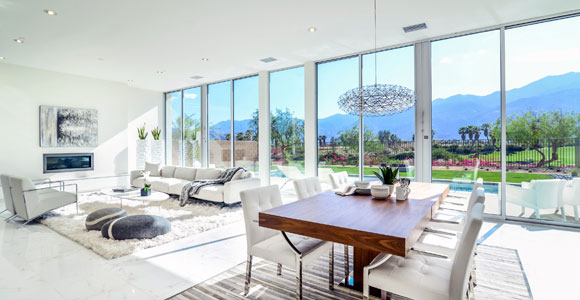