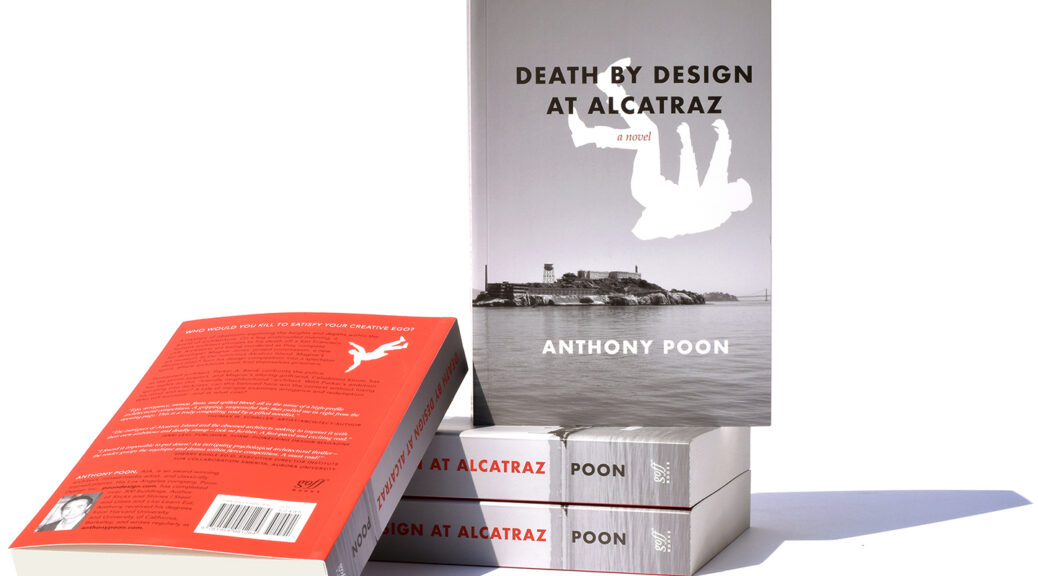 Here’s the pitch for my debut novel. “San Francisco cloaked in fog and secrets: Architects are being murdered as they compete for a new museum of art at the notorious Alcatraz Island. This mystery of death and intrigue examines ego, arrogance, and redemption within the creative process. Who will win and at what cost?”

Due to the quarantine, there was a slow down at my office. So, I decided to author another book, entitled Death by Design at Alcatraz. For this blog and other outlets, I have written about design, architecture, art, music, and life. I have published two non-fiction books  (Live Learn Eat  and  Sticks and Stones | Steel and Glass), and decided to take a stab at fiction.

My idea was this: an ‘architectural thriller.’ This 330-page novel with illustrations is a mystery of obsession exploring the heights and depths within the world of architecture. An editor once told me that if I were to try my hand at fiction, it would be best to write what I know. Here are the things I know:

Published by Goff Books, Death by Design at Alcatraz is available at Amazon. Shana Nys Dambrot, Arts Editor, LA Weekly endorses, “The Fountainhead meets Squid Game in this mystery of obsession and murder set in the fancy but cut-throat world of contemporary architecture.”