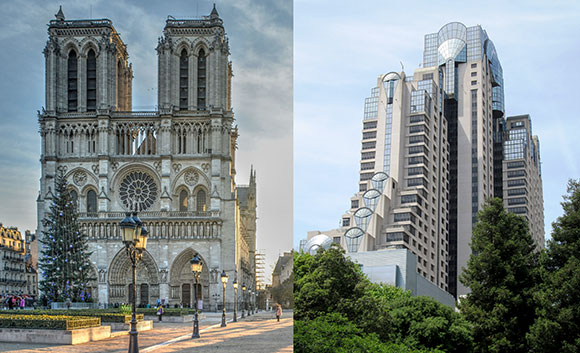 I was honored to be an inaugural member of Josh Cooperman’s Design Influencer Group, or better yet, “DIG.” As part of the Convo By Design’s platform, DIG was launched to examine, “industry trends and information not just about design, but about the business of design . . . design creatives are being asked to do more, for less.” Cooperman introduces, “The Design Influencer Group is a forum for a select group of design trade professionals to discuss these industry issues and design ideas that are shaping our design community here in Southern California.”

Josh Cooperman: What are the new trends of design and architecture?

Anthony Poon: We’re here today having a round table discussion with landscape designers, architects, interior designers, people of all sorts. The trend is that there are no boundaries, that people who are architects are also furniture designers. They’re also landscape architects. Interior designers are designing textiles and plumbing fixtures. It’s all one big blur of a movement of creativity.

Josh: What are the new rules?

Anthony: I think the exciting thing is that there are no rules. In the old school days, architects were well-defined, and so too were landscape designers, urban planners and furniture makers. The fact that there are no rules is what makes us all want to do what we do. It’s a form of creative entrepreneurship—everyone coming up with ideas and making it work. Learning as you go.

Anthony: I’m going to propose a trend that is the opposite of what some think is trendy. I call it, “The Death of Mid-Century Modern.” Sure, Mid-Century Modernism is popular. We all know it’s exciting; it’s everywhere. And I just came back from speaking at Modernism Week in Palm Springs.

My trouble with Mid-Century Modernism is that it’s become not just a fad, but a predictable formula. People are collecting Mid-Century Modern design as if they’re painting by numbers. These fans purchase that perfect pottery, the Eames chair, the avocado green paint, etc. We all know the elements that make up the beautiful Mid-Century composition, but if you’re just putting the pieces together like a mindless formula, like painting by numbers, then all you’ve got is a generic composition of random pieces that don’t speak to your personality.

Design should be individual, should be unique. It should tell a story about who you are. Mid-Century Modern is no different than saying you want an Elizabethan home, or that you want a Grecian temple, or any of these past historical theme parks. It’s not design. It’s not creativity, and I am getting tired of seeing these predictable clichés. No one should want to live in a museum of Mid-Century cliches.

Josh: What’s next in design?

Anthony: I think what’s next should not be driven by styles, clichés and formulas. It should be driven by the elemental qualities of architecture. Elemental items—we’re talking about things like indoor/outdoor connection. We’re talking about proportions, air, light, scale, composition. These are the things that are “what’s next.” “Next” should not be a discussion of a trendy shade of green paint, but rather the crafting of a spatial experience, a creative journey.

My footage on YouTube here. My podcast segment on iTunes starts at 43:52.

The Refill, by Shag

I am exhausted watching Mid-Century Modern (“MCM”) seep into every crevice of design. As popular as this design movement is, I find MCM outdated and old fashion, like the styles of 19th century Victorian or 17th century Baroque.

Why are people obsessed with living in this particular MCM past? Are these fanatics doing away with their computers, going to drive-in movie theaters, wearing saddle shoes, and twisting to Doris Day? No, these MCM zealots are only interested in the superficial look of a vintage era, roughly the 50’s and 60’s.

Returning recently from my lecture at Modernism Week, where 100,000 attendees descended on Palm Springs to celebrate the MCM movement, the crowds were more interested in embalming the style vs. understanding it. Some of the attendees arrived in full 50’s theme attire, similar to how Trekkies and Fanboys proudly share their geekdom, dressing as Kirk, Spock and Klingons at Comic-Con.

The current MCM mania is an unfortunate approach that is merely design paint-by-numbers. For example, the enthusiasts create homes for themselves that are nothing more than architectural historical replicas. Call it curating or antique-ing, but all I see are devotees trying so hard to obtain that mint condition, original issue, Saarinen table within a Neutra house, where the Zeisel pottery sits perfectly in the room of avocado green paint.

Stylish, yes—but has anyone ever sat in an Eames rocking chair? The majority of MCM pieces have been panned as not just uncomfortable, but not all that functional.

My view: MCM should stand for Mid-Century Mausoleum. The owners of these fetishized environments have not created a pleasant home, but rather, forced their families and visitors to live in an ironic display from a history museum. Nostalgia is fine, but not when it is only a kit-of-parts, or worse, a collection of stale clichés.

There is nothing wrong with collecting, like when a child buys, sells and trades baseball cards. But ask any kid the stats of a particular player, and you will get a wealth of data. Ask a MCM collector about the design movement’s origins, and it is unlikely that you will receive a grasp of post-war housing crisis, the drive for affordability and production, middle class views of wilderness, high rag content paper, and offset lithography. No, you will probably just hear some MCM buff bragging about his Satellite 23 clock.

I have learned from MCM ideas, i.e., the open plan, indoor/outdoor connections, and walls of glass. But I choose to view MCM as inspiration, not an ancient source for replication. As a point of departure, I view MCM as a place to stand and look to the future.

To my clients who are fans of MCM architecture, I suggest this: Your homes can have MCM ideas, but let’s add your own ideas. Let’s add your personality, and it doesn’t have to come from one catalog. You are not living in a period film, but rather, you are breathing a modern existence, full of current ideas about lifestyle, technology, media, sustainability, and invention.