COMING OF AGE IN ARCHITECTURE 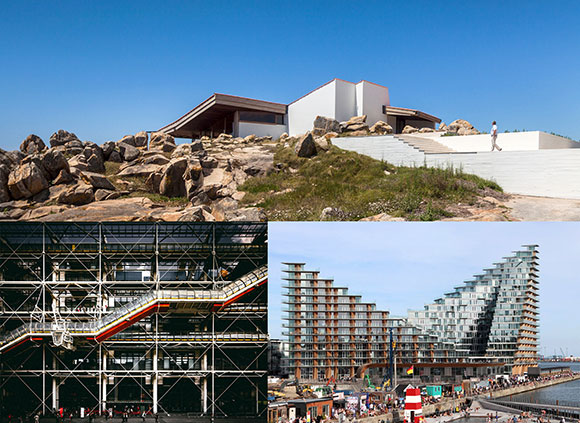 The design industry often states that the career of an architect doesn’t truly begin until age 50. Why are architects only commencing a successful career when colleagues in other industries are planning their retirements?

How is it possible that Mozart wrote his first symphony at eight? Or at a mere 18, Billie Eilish won five Grammy Awards. On the other hand, I.M. Pei was an elder at 66 when he was awarded the Pritzker Prize. He was even older, 71 years, when he designed the world-famous Louvre Pyramid.

Very few architects have completed great buildings at a young age. Such rare individuals, though fully grown adults, are like child prodigies in architecture. Alvaro Siza wasn’t even 30 when he designed the poetic Boa Nova Tea House in Porto, Portugal. Only in their early 30s, Renzo Piano and Richard Rodgers created the groundbreaking Centre Pompidou in Paris. And Bjark Ingels amassed a global portfolio of ambitious projects before even reaching 40—a portfolio of built works equal in depth to colleagues literally twice his age.

But these few examples are extremely exceptional. More typical is a Frank Gehry at nearly 70 finally having the opportunity to bring to the world his iconic Guggenheim Museum in Bilbao, Spain. Some of Zaha Hadid’s most elaborate and bold projects are now being completed, several years after her unfortunate passing at 65. As a typical investment banker relaxes upon his riches at 40 or 50, world-famous I.M. Pei worked into his 90s.

If our architectural career doesn’t truly launch until 50 or even 60, the question screams out: Why? The answer is complex, but mostly two-fold.

After completing one’s architecture education and obtaining the state license to practice (yes, the word is “practice”), an individual is legally an architect. But at 20-something, could such a new architect design a performing arts center or a museum, both projects that typically define a milestone in one’s career? Is it practical that a corporate board of directors or a university would hire this young architect to design a project over $100 million?

Such a sophomoric designer might have worked on similar projects in school, but in concept only. In real practice (again, “practice”) the project has a budget, client demands, city codes, engineering, construction trades, etc. It is unlikely that this architect would have the client savvy, technical expertise, office infrastructure, and team of architects, consultants, and legal counsel—as well as personal maturity.

An architect usually launches his career with the renovation of his uncle’s master bathroom, or maybe a mom-and-pop café. Then hopefully, one project leads to another. Eventually after decades, the house design leads to a condo building, then maybe a restaurant or hotel, eventually a classroom building and college library, then a theater or corporate headquarters, finally having a shot at something like a museum or skyscraper. And this can take years, decades, or even an entire career.

The other side of the answer is about artistry. Some creative minds bloom early and some bloom late. Architects don’t usually bloom early because the opportunity to bloom doesn’t present itself until decades of experiences have passed. Sure, we can all design big things as we did in school—in the abstract. But can we really wrap our head around designing a real airport or cathedral?

With his first symphony, Mozart was considered a genius at 8, but it took until 30 for Beethoven to compose his first symphony. Beethoven was a late bloomer, but he was still ahead of architects by two decades, as we struggle to find our first bonafide opportunity to flex our creative muscles.

Opportunity aside, architects need their talents to season, age and ripen. We need to develop the skills to know a good solution from a bad one, to know that a marvelous roof design won’t collapse—to know great from good. Like the finest of wine, sometimes the cork stays in the bottle until the time is right.

THE ROAD TO FRANK GEHRY: WHAT HAPPENED AT LACMA? 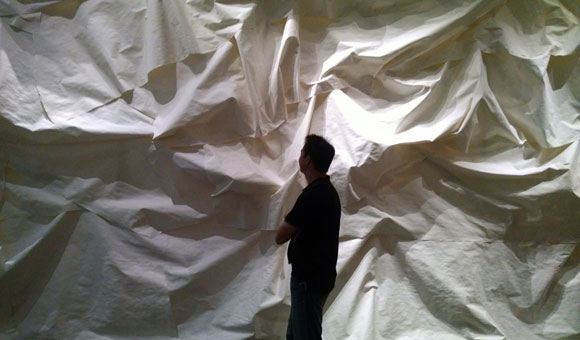 When The Simpsons make fun of your work, you have arrived, right?

Many think of architecture as a final product, such as a building, a park or a piece of furniture. Many forget about the creative journey that arrives at the final product.

Process and product—in life as in design, getting there is as gratifying as being there.

I ask this of the Los Angeles County Museum of Art: why is the process that architect Frank Gehry is famously known for absent from your current exhibit?

Simply entitled “Frank Gehry,” LACMA delivers their latest blockbuster show. Now in his late 80’s, Gehry’s career has been showered with every accolade, i.e. AIA Gold Medal, Pritzker Prize, and the National Medal of Arts awarded by the U.S. President. So why did the museum capture five decades of Gehry’s work by displaying only two aspects: early sketches (the beginning) followed by a large physical model (the conclusion)?

Sure, there are other aspects in the show, like photographs and video clips. But where is the most fascinating aspect, Gehry’s artistic explorations? Well known for his ingenious studies—the process of drawing and drawing, building models of all sizes, variations and permutations, material and construction research, and innovative technological applications—these (samples below) are missing at LACMA.

Here’s what I think. Over the years, Gehry’s imaginative process has been unfortunately labeled by the mainstream as “crumpled paper.” When this architect designs, his studies do look like crumpled pieces of paper. Dozens of them. Hundreds of them.

Doomed, Gehry’s thoughtful research has been labeled not just formulaic, but cliché. Even my 10-year old daughter’s class studied his work, calling it crumpled wads of paper. As such, all the children giggle.

To reach the height of pop-culture zeitgeist, for better or for worse, a 2012 episode of The Simpsons parodied Gehry’s designs. Fictionally, Marge’s crumpled letters inspired one of Gehry’s most prominent buildings, the Walt Disney Concert Hall.

Though Gehry cooperated with the TV show, he later stated how he is “haunted” by the Simpsons’ gag. Disappointed, Gehry confesses, “Clients come to me and say, crumple a piece of paper. We’ll give you $100, and then we’ll build it.”

I believe LACMA, or even Gehry himself, chose to counter the ill-fated wrinkled paper theme. But by doing so, perhaps too much has been edited out. The previous exhibit at Bergamot Station in Santa Monica curated a much more revealing and exciting show, presenting Gehry’s inner workings and the in-betweens.

Years back in Maui, I drove the legendary “Road to Hana.” When I arrived in Hana, I was dissatisfied by this small nondescript community. I then realized the point was not Hana itself, but rather, the road to Hana. I looked back at my delightful day—at how the 65-mile drive toured me through rain forests, waterfalls, beaches, bridges and the sunset.

In architecture and in life: think process and product. Enjoy the trek and smell the roses.