THE BRAVERY OF HAYDEN TRACT 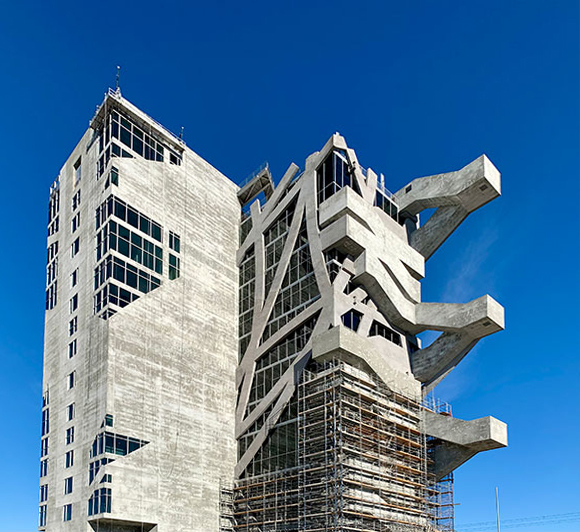 (W)rapper: Moss' most ambitious project to date, a highrise with a striking exterior frame which eliminates all columns on the inside, Los Angeles, California (photo by Anthony Poon)

Recently, I got a behind-the-scenes tour of Hayden Tract, organized by the AIA with members of Eric Owen Moss’ studio. Regarding the architecture, the Baroque and Mannerist art movements of 17th and 18th century Europe came to mind: sensual excess, grandeur and daring, and an idiosyncratic sense of awe.

In the 80s, husband-wife, real estate developer team, Frederick and Laura, launched an agenda of city transformation unlike no other. Prior to that, the husband was Pablo Picasso’s assistant, and the wife, a Los Angeles dancer and performing artist. The couple founded their organization, Samitaur, and found their lifelong pet project in Hayden Tract. At the time of their property acquisitions decades ago, the area was not much more than a rag-tag collection of crumbling buildings and streets.

Eric Owen Moss, a Los Angeles native with degrees from UCLA, UC Berkeley, and Harvard, started his design studio in 1973. The three individuals met a decade later through an ordinary circumstance: Moss was a tenant paying rent to his landlord, Samitaur. Since then, Frederick and Laura have been an unwavering loyal client to Moss, commissioning project after project, year after year, decade after decade. This patronage mirrors one of the most fruitful benefactions in history. From the Renaissance, I call it the Medici Effect.

These days, Hayden Tract has become a pilgrimage for architects seeking landmarks of renewal and artistry—a flexing of muscles on the other-side-of-the-tracks. The nearby predictable redevelopment of downtown Culver City brings the expected offerings of shops, bars, and restaurants (and traffic!).

Herbert Muschamp, New York Times, pronounced, “Moss’s projects strike me as such a form of education. The knowing spontaneity of his forms, the hands-on approach implicit in their strong, sculptural contours, the relationship they describe between a city’s vitality and the creative potential of its individuals: these coalesce into tangible lessons about how a city should face its future.”

Neither Modern, Post-Modern, Post-Structuralist, or Deconstructivist, the work of Moss side steps the labels. His architecture defies both lessons learned and the successes of history, paving an individualistic path. The designs also resist the standard definitions of the industry, being architecture and art, sculpture and theater. From the 18th century movement, the Grotesque, such adjectives may apply to Moss’ work: deformed, bizarre, and uncomfortable, yet strikingly beautiful.

The materials are raw and honest, elemental even—unassuming concrete, metal, wood, and glass. The details are extreme. Like a car crash, one cannot advert the gaze, as I wonder how such twisted and decadent details are imagined, engineered, drawn, city-approved, and built in the field. Not only do the personalities of each project— nearly all unique—resist categorization, the forms and shapes appear to disregard even gravity itself. For architects—fans or not of the quixotic collaboration between Moss and Samitaur—the result is an extraordinary city-size amusement park of architectural indulgences, a wonderland of spatial and visual treasures not to be overlooked or presumed arbitrary. I think of the axiom, “Love me or hate me, but don’t ignore me.” 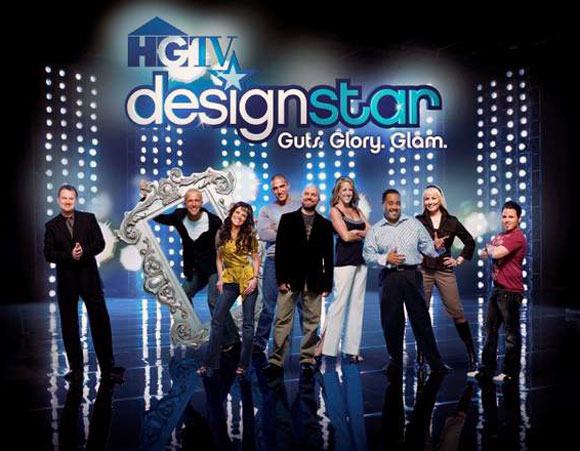 Potential clients have come to my office asking for three free designs from which to pick—“the way we saw it on HGTV.” My anger aside from how reality TV twists reality, the client’s request compromises the integrity of the architectural process. (This article is a follow up to my past one, Is TV for Real?)

When I design for a client, I don’t draw three random schemes in a vacuum. I listen to the client first—their goals and dreams. When I show preliminary concepts, the client provides feedback on what they like and what they don’t. Through this back-and-forth process, a design develops, and is then refined. Not ever in a vacuum, the creative process is an exciting and thoughtful journey.

Okay, time for me to confess. Here and there, I have learned a few things from TV about color coordinating, selecting furniture, and being creative on a budget. I confess!

Also, the reality TV DIY shows have brought design to the forefront, that a well-crafted, nicely-styled life is desirable and achievable. In 15-minute bite size servings, these shows have delivered architecture to the mainstream.

In some distant past, clients were under the impression that design was a mysterious, closed-loop process. Now, many are conscious of how accessible good design advice is, whether from an award-winning architect or, yes, a charismatic TV personality.

I enjoy meeting with clients who already understand the concepts of an open floor plan, for example. Good or bad, these clients come prepared with Pinterest pages on style. Thank you reality TV. The clients and I can hit the ground running, proceeding with a shared foundation. Knowledge is power, after all, even in choosing paint colors. 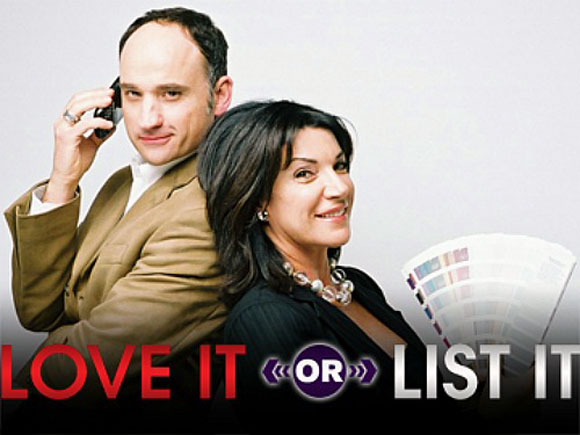 Once was a cocktail debate between architects: “Who is the most influential voice in our industry?”

The usual suspects were tossed out as conversational sacrificial lambs. Local big names like Steven Ehrlich and Eric Owen Moss. Pritzker Prize winners like Zaha Hadid and Frank Gehry. A safe go-to is naming the senior leaders like I.M. Pei and Renzo Piano.

Another angle is to suggest famous architects no longer living, but believed to be still influential today, i.e., Frank Lloyd Wright or Le Corbusier. Pretentiously, you can also try the obscure, though no less significant, such as Wang Shu, Sverre Fehn or Paulo Mendes de Rocha.

My contribution that night stopped the discussion. I proclaimed, “Martha Stewart!”

At the time, Martha Stewart utilized avenues of outreach in all forms, and was better known than any other designer in the country, maybe even in the world. If she stated with a quiet breath that “pink is to be used at table settings this season,” you could count on millions of dining tables across America set with something pink. 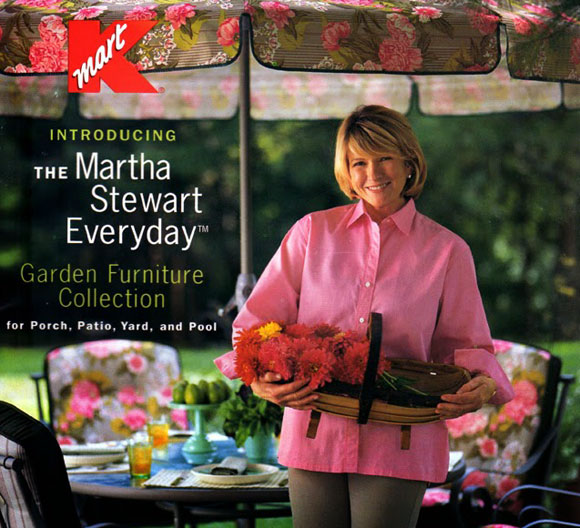 Let the debates and cynicism rage on. It’s all for the good. Martha, HGTV, Sunset, Houzz, Dwell, Wayfair, the plethora of magazines and blogs, etc.—all of it deserves gratitude from architects everywhere. To the widest audience, these mainstream entities deliver the concept of wanting good design. And for that, I say thank you. 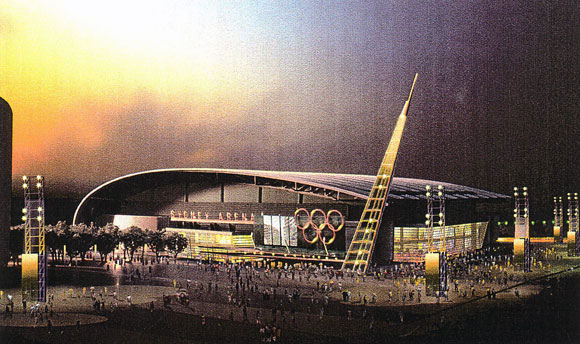